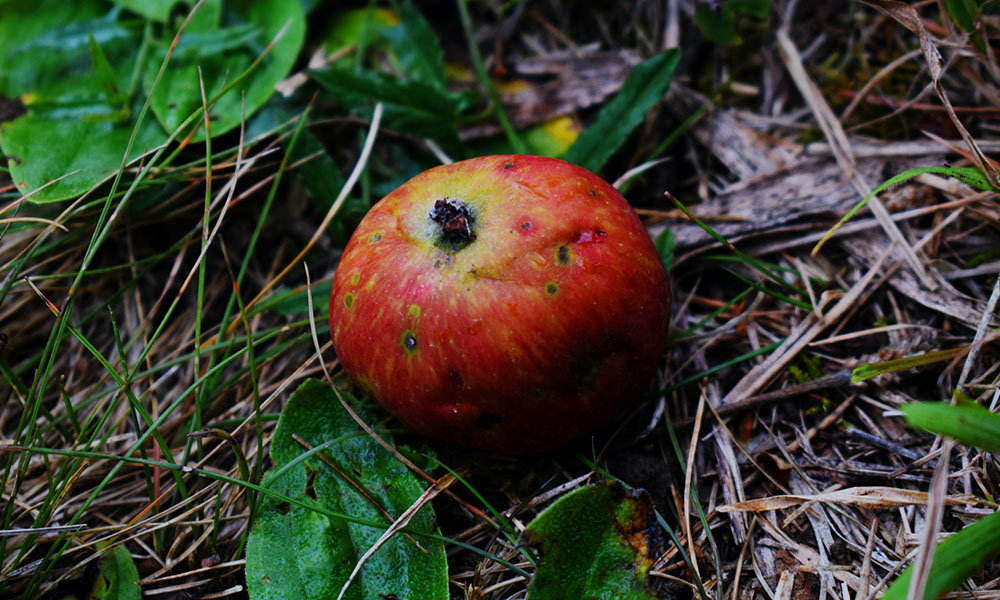 Not only can you fire a volunteer, in many cases you must. I know; lots of people say that “you ought to be thankful for whatever someone is willing to give”, but in reality, a poor volunteer can be a disaster for your organization.

It really is true that one bad apple can spoil the barrel.

And bad apples come in a number of varieties:

Regardless of age or sex, there are some volunteers who are stuck in the past. These are the ones that say things like “But we’ve always done it this way!” They resist any changes no matter how much those changes will help the organization. They can be passive-aggressive, and may spread gossip to undermine attempts to update or improve things.

These volunteers (and they’re not just female!) are in it for themselves. They volunteer, not to help the organization or its clients, but to make themselves look good or to get close to people that they want to know. That in itself isn’t a problem. Where it doesn’t work is when they refuse to do some of the less glamorous tasks, or they only show up when they think that they’ll be noticed by someone “important”. They do the minimum amount of work that they think they can get away with, and that work is often done poorly.

Certain volunteers seem to feel that the organization belongs to them. Rules are for other people. If they have a problem, they often go over the head of the volunteer coordinator to the executive director – or even directly to the board. These “problems” tend to be things that interfere with how they want to do things. Their constant complaining and rule-breaking causes resentment and conflict amongst the volunteers and between volunteers and staff.

These are your social butterflies. Galas can be fun and they may do great work, but as soon as a “better” opportunity comes up, they disappear. If a friend asks them to go to a party, they will cancel a shift at the last minute. They don’t show up because they were out too late the night before. If they decide they want to go to the beach, they may leave early or arrive late. They are completely unreliable.

The longer you’re in the business, the more likely it is that you will run into one or two of these. The vocal bigots who use racial, sexist or homophobic slurs (or “jokes”). The thieves who try to get at your petty cash or other volunteers’ purses. The predators who stalk or try to grab at people they see as victims. They’re dangerous, not only to those they target, but to your organization as a whole. They are the first on your list if you are firing a volunteer.

All of these volunteer varieties may need to be fired.

The “Rotten” ones are easy.

Not only are they a danger to individuals, but the very fact that they are with you can destroy your organization’s reputation. Don’t give them any second chances. The moment you have proof, take away any keys, etc, they may have and tell them you can’t accept their services any longer. Escort them off the premises (don’t let them wander through the premises alone!). Inform the rest of the staff and change any passwords.

With “Granny Smiths”, you may be able to win them over.

First try different things to get them on your side; include them in a decision-making committee, be willing to bend on small things to get the major change accepted, etc. If nothing works, take the volunteer aside and tell them that, if they can’t adjust to and support the changes, you will have to stop giving them shifts. Show your appreciation for what they’ve done in the past, but make it clear that the wellbeing of the organization comes first. They need to either adapt or leave. If nothing changes, or if their old habits creep back after a couple of weeks, give them one reminder, then end the relationship.

Call them aside, tell them what you’ve seen and let them know that it’s unacceptable. Stay objective; only comment on performance, not on personality. Be prepared for resistance. They see a value to themselves in their position with you and they will likely defend themselves vigorously. Stay firm. This is where sticking to factual comments about their performance can help you. Hard to argue with reality! Emphasize that the volunteer needs to do all the tasks assigned to that role, no matter how distasteful they may find them, and that you require them to show for all their shifts. They may just quit at this point (this is the easiest way of firing a volunteer!). If they don’t, give them a couple of weeks to prove that they will change. If you don’t see any or enough of a change, ask them to leave.

Not only will they cause other volunteers to quit, they can actually harm a client by not following established protocols. Don’t wait before moving on this one! Remind them of the rules. Explain (again!) why those rules are in place and why everyone needs to follow them. Let them know that if they continue as they were, that you will no longer allow them to volunteer. Advise your executive director and/or board what you have said, as the volunteer will likely try to have them overturn your decision. In this case, because they are well aware that they are ignoring the rules, fire them the very next time it happens. They don’t need second or third chances.

When firing a volunteer, “Galas” can be the hardest to let go.

They tend to be fun and friendly, so it can be hard to send them away. If you don’t, though, your volunteer program will suffer. Staff and other volunteers have to scramble to cover their shifts, meaning that other important tasks are neglected or postponed. When they miss or cut short a shift, send them a cheerful message telling them that you missed them and reminding them that people rely on them. The next time it happens, phone them. Let them know that the disruption caused by their unreliability is harming the organization and its clients. Tell them that if it happens again that they can no longer volunteer with you. If it does happen again, thank them for their past contributions and remove them from your roster.

In all cases, to protect yourself, keep records of what they did (or didn’t do!) and of your conversations with the volunteer.

Firing a volunteer can be hard, but it can also be essential to keeping your volunteer program strong. Poor volunteers will cause disruptions in services, disputes among team members and even harm to clients.

It may not be easy, but you can do it. If you need assistance or advice, get in touch and I’ll help you.

← Preventing Compassion Fatigue in your VolunteersThe Demographics of Age in Volunteerism →