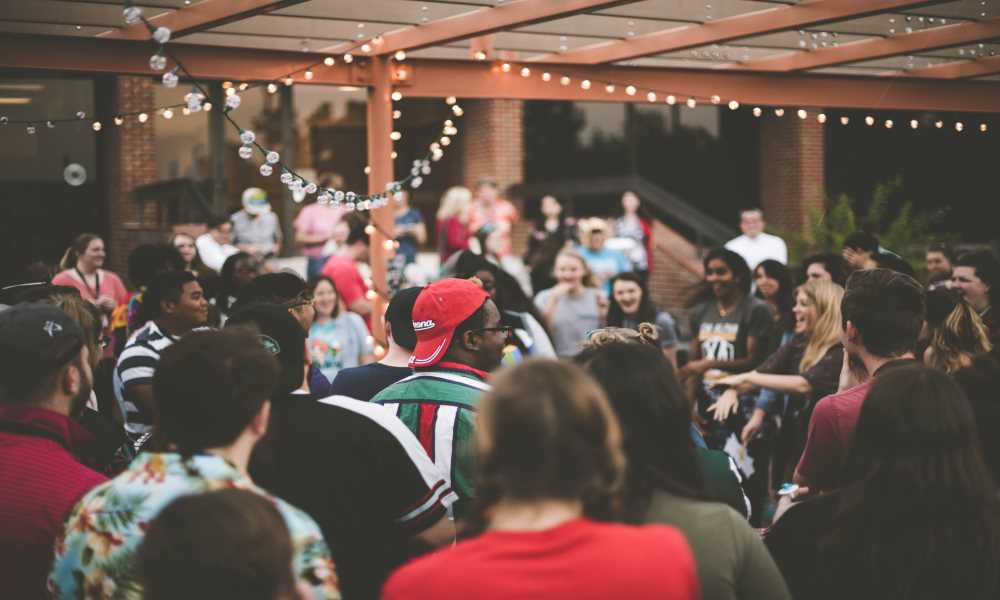 I hear from a lot of people that, when they put on an appreciation event for volunteers, few or no one comes. It’s frustrating, and a terrible waste of limited resources (time and money).

Organizations want to show volunteers how much they are appreciated, and do their best to put on an event that will demonstrate that. But no one shows.

What can you do about it?

Start by putting the brakes on your plans.

If you want to put on an event for volunteers, your plans aren’t important. Talk to the volunteers! What do they want?

You may have a lovely dinner/dance in a fancy hotel planned out, with speeches and awards, but the volunteers may not be at all interested in that. Maybe they want an informal barbeque with games and sports at the organization’s building. Or a potluck at a local park. Or one of a thousand other ideas. How will you know unless you ask? So ask!

Put together a survey asking the volunteers what kind of appreciation event that they would like.

Chances are you will get a number of different opinions. Some people will want one thing and others will want the polar opposite. Go with the majority; you’ll never get everyone to agree.

Now that you have a good understanding of the things that the volunteers are looking for, think of different ideas that will incorporate them. They want informal with music? Have a beach party! They want online with food? Have pizza delivered to everyone’s house! (Not cheap, I know, but cheaper than catering a big event in a hotel where only half a dozen volunteers show up!)

Look around your town or city; what is there that you can incorporate to make the event different? I heard a wonderful idea from an organization in a large city with a major league baseball team. The organization was able to get a full tour of the stadium for the volunteers and an opportunity to meet one of the players. In addition, each volunteer got a baseball card with their own picture and volunteer stats on it. 95% of that organization’s 250+ volunteers showed up for the event.

Think of things that relate in some way to your organization. I work with a small therapeutic riding association. Their appreciation event was a moonlight trail ride with appetizers afterward. Again, just about every volunteer showed up.

Once you have a handful of ideas, put them to the volunteers for a vote.

Again, this appreciation event is for them; they have to like it. Find out which is their favourite. If there are two or three that seem to be equally popular, see if you can combine them in some way.

Voting does more than just give you an idea of what they want. It also gives the volunteers a sense that this is their event, and they will start taking interest in and ownership of it. Which means that they are far more likely to attend, even if they wouldn’t have otherwise.

Finally, you need to pick the right day and time for the appreciation event.

In your original survey, ask your volunteers which days and times work best for them. If most of the volunteers are retired, you may be able to hold something in the middle of a workday afternoon. If most of them are working, you will need to hold it in the evening or on a weekend.

Look carefully at what else is happening on or around the days you’re considering. Is there a playoff hockey game that same evening? A lot of volunteers won’t show (ask me how I know). Is it on a long weekend, or near one? People may be going out of town. Try to pick a time when there is nothing else going on that might draw people away.

Be prepared, too, for hearing that the volunteers don’t want an event at all.

People volunteer for many different reasons, and while every volunteer needs to be shown appreciation, it doesn’t have to be through an event. If your volunteers feel appreciated enough through other means, they may not want a big event. And that’s okay. If the majority don’t want one, don’t feel obligated to put one on just because you’re “supposed to”. This is for them. If they don’t want it, don’t waste your time.

Generally, though, if an event is organized that they are involved in from the beginning, that they have a feeling of ownership in, and which is a bit outside the usual, I believe you will find the majority of volunteers are happy to take part.

The key to a fun and well-attended volunteer appreciation event is communication.

Involve the volunteers right from the start. Ask them what they want in terms of the type of event, date and time, and activities during the event. The more you can involve them, the more popular the event will be.

Good luck, and have fun!